one hour cleaners near me 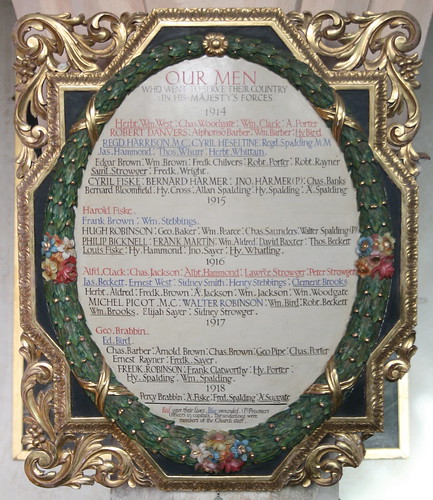 The first encounter was in 2003. That was a beautiful year, plenty of warm sunshine and plenty of enjoyable outings. Saturday 24th May was a perfect day, ‘a pearl of a day’ as M R James once said about such a day, and I rolled up at this lovely little church in a very good mood just before 9 a.m. But having been told that someone opens it every morning at 8.30 I was surprised to find it locked. I strolled around taking photographs, thinking that the person who opens it had either overslept or had a very relaxed attitude about time. By 9.15 I’d taken all the photographs I wanted and got back in the car, started the engine and moved off slowly down the narrow track. I’d only gone a couple of yards when I noticed a stooping little old gaffer coming up the track, right in the middle of it. He was looking straight at my car and I thought, He can see me coming, so why doesn’t he get out of the way? Then he put up a hand like a traffic cop. Stop! And then it dawned on me. This was the fellow who opens the church and he was showing me that he had the key and was coming to open up. Well, it wasn’t quite like that. As I stopped he stared doggedly in through the driver’s window.

That took me by surprise. ‘Are you trying to tell me that this church is not open to the public?’

‘So how am I supposed to get to it? Fly in? Parachute jump?’

He didn’t seem to grasp this concept and said, ‘You were trespassing. He saw you.’

He placed great emphasis on the word ‘saw’, as though to distinguish it from heard, smelled or divined, but I ignored it and said, ‘Anyway, the church isn’t open.’

‘That is. That’s opened at half past eight every morning.’

‘Well, it’s quarter past nine and I can assure you it’s not open. You want to come and see for yourself?’

Clearly he didn’t, because he just said, ‘The driveway is church property. But you didn’t ask permission.’

‘Who asks permission to visit a church? And who would I ask anyway? All I wanted to do was look at it and take some photographs.’

‘You were trespassing. He saw you.’

Once again he placed great emphasis on the word ‘saw.’ In fact this ‘you were trespassing/he saw you’ idea was repeated so many times it must have been his preconceived mantra for the conversation. Or perhaps he wasn’t expecting a conversation. Perhaps he was just expecting me to say I was sorry and wouldn’t do it again and then drive off with a cheery smile. But now he’d got landed with me and didn’t know what to do and kept repeating the words over and over again.

‘I was going to say, there can’t be too many rectors who want to keep people away from their churches.’

‘He wasn’t. But you were trespassing. He saw you.’

‘So what? I went in there to take a photograph of the church. There’s a little latch gate in the corner of the churchyard and I went through it.’

‘You didn’t ask permission. You were trespassing. He saw you.’

I was rapidly tiring of this line and said, ‘Who is this he?’

‘He lives in the big house and he saw you from the window.’

‘What does he do? Spend the whole day there with binoculars trained on a patch of long grass just in case someone wanders into it?’

‘There’s nothing to say so. If it’s private there should be a sign on that gate in the churchyard. In fact if it’s private and nothing to do with the church the gate shouldn’t be there at all. Anyway, why didn’t he come and tell me himself instead of sending you to do his dirty work? I bet he doesn’t come from these parts.’

‘What is he? A fathead London stockbroker imagining he’s some eighteenth century squire?’

‘Good grief, never in all my years of visiting Norfolk and Suffolk churches have I come across such a pathetic attitude. But I’ve had enough of it. Goodbye.’

And with that I drove off. In my rear view mirror I saw him standing in exactly the same position watching the disappearing car. I wondered how long it would take to dawn on him that the encounter was at an end and that he wouldn’t be able to say ‘You were trespassing – he saw you’ again. And what would he tell his ridiculous lord and master? I was so irritated by it all – never mind the fact that I hadn’t managed to get into the church – that it kept going round and round in my head until I got to Shadingfield, where I stopped and wrote it all down. I sent my account of it to Simon Knott, and he sent it to the rector, having first asked if I minded. The rector duly sent me a gushing email of apology and said he knew who I was talking about and assured me that he was nothing to do with the church, but then went off at a tangent by suggesting that I’d got it all wrong. My immediate thought was, Is this guy senile? What’s he talking about? What have I got wrong that he could possibly know about? He wasn’t even there. Later that year he was hounded out by his parishioners for wanting to do a nude calendar with himself and a bevy of village ladies. That made me laugh.

Saturday 11 January 2014 was the date of my second irritating encounter at Barsham Church. It was a lovely sunny morning. I took some exterior photographs, including Adrian Bell’s grave, and then went into the church. Two minutes later the door was thrown open and in marched a matronly woman of middle age, followed by a man of indeterminate age and vacant expression who was quite probably the village idiot being taken out by his minder. They were very depressing looking people, but I said the cheeriest ‘Hello’ I could manage. The woman glanced at me unsmilingly, then up at the ceiling and said, ‘Cobwebs!’ At first I thought she’d said ‘cobblers’, at which I might just have felt a bit annoyed. But the glance at the roof allowed me to believe it was ‘cobwebs’ that she’d said, even if it did suggest that she had unusually good eyesight. The man crashed past without looking at me. Village idiots used to be portrayed as grinning and staring with a piece of grass hanging out of the mouth. So this was a different kind of village idiot. No grinning, no piece of grass, no staring – well, no staring at first. The woman pointed to a spot on the floor in the nave and the man stopped dead, just a few yards in front of where I was trying to take a photograph. The woman then got out the hoover while the man stood staring into space right in the middle of the nave, probably awaiting his next order. I gave it up and went back outside. I spent about five minutes taking photographs from various points, then drove up to the road and took a few more from there. And then after no more than ten minutes the cleaning operation in the church was over and the cleaners’ car was coming back up the track. As it passed me the charming occupants both gawped blankly at me. What is the matter with these people? I wondered. You say ‘Hello’ and one barges straight past you and the other says ‘cobwebs.’ I wondered if they’d seen me go into the church and hurried down to drive me out, frothing at the mouth at the mere idea of someone unknown having the nerve to enter their church. I went back to the church and spent about an hour inside, half expecting them to return in anger, but thankfully I didn’t see them or anyone else from this hostile place. But I still love the church. And it may well be that I go in there one day and meet someone very pleasant and interesting.

‘Our Men who went to serve their Country in His Majesty’s Forces.’

Special Bonus: 25% Off Your First Purchase at Babo (Don't Miss This!) 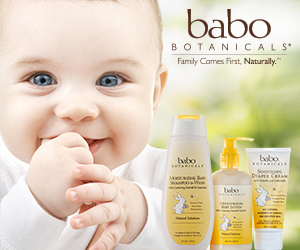 Free Shipping on All Orders $99 or More

Kindly get back to your previous orientation view... your wheel is rolling there...

Congratulations! Your winning link has been sent to you via email.
Continue and Apply To Cart
Skip for Now
LAUNDRY TIPS® special offer unlocked!
You have a chance to win! Are you feeling lucky? Give it a spin :)
* You can spin the wheel by entering your email
* If you win, you can claim your special offer via email within a limited time
* LAUNDRY TIPS® reserves the right to cancel this special offer anytime
Privacy

Are You a LAUNDRY TIPS® Affiliate?

Powered by Convert Plus

The Best Clean Fashion. Period.™
Sign up below for an exclusive coupon code you can use instantly on your first purchase :)
This is a limited time offer

Want to Win the Car of Your Dreams?

Check your email to get your winning coupon!X